The greatest joy of Chinese New Year is probably all the feasting, especially on the eve of the Lunar New Year! Often, superstitions intertwine with the food that you eat during CNY eve. They are often intended to bring good luck for the new year! Well, here is a list of 8 lucky foods and what they symbolize in the Chinese culture!

8 Lucky Foods To Eat On Chinese New Year Eve To Keep The Good Luck Rolling In!

In Mandarin, Fish (yú) has the same pronunciation as Surplus (yú). Which explains why Steamed Whole Fish a traditional Chinese New Year dish often on the dinner menu. Besides that, there is also a Chinese idiom 年年有余 (níanníanyoǔyú) which means “to have surplus at the end of the year”. Therefore, in Chinese traditions, it is believed that if you manage to save something at the end of the year, you will be able to make more in the new year.

Yummy yummy, dumplings! Not only are they delicious, but also a traditional dish that is often eaten on Chinese New Year’s Eve. Chinese Dumplings represent wealth because they resemble the shape and appearance of Chinses gold ingots. Fun fact! Did you know that different dumpling fillings have different meanings? Often, Chinese sauerkraut (酸菜 suāncài) dumplings are avoided during the Spring Festival as it implies poor and difficult future. Therefore, on New Year’s Eve, it is a tradition to eat cabbage and radish dumplings as it implies fair skin and gentle mood.

Spring Rolls are a traditional food of Lunar New Year. It is often enjoyed during the Spring season, thus the name. Because of its resemblance to gold bars, Chinese people have the tradition to eat Spring Rolls to attract good fortune for the coming year!

Glutinous Rice Cake’s (年糕 Niángāo) Chinese has the same pronunciation as “getting higher year by year”. Therefore, Glutinous Rice Cake is often eaten during Chinese New Year as it sounds very auspicious and prosperous. Traditionally, this dessert is made with red dates. However, it can also be enjoyed in many different forms such as savory, black rice with red bean and even ginger. 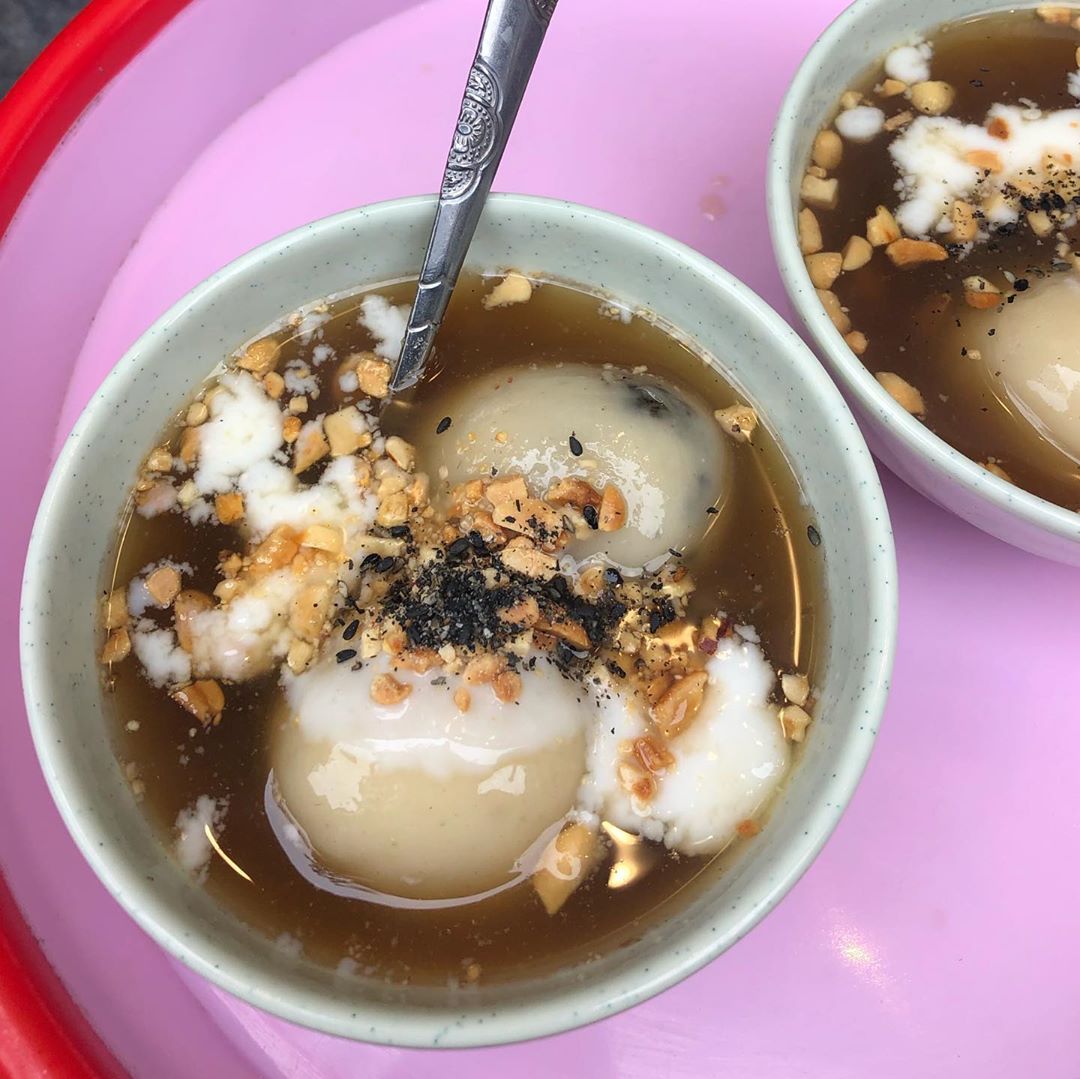 Sweet Rice Balls, also known as Tang Yuan (汤圆 Tāngyuán) is a popular sweet dessert typically eaten on the 15th day after Chinese New Year. It is traditionally filled with black sesame paste, red bean paste, peanut paste or date paste. Most of the time, it is served in a bowl of warm sweet soup infused with ginger, osmanthus flower or fermented rice wine. Tang Yuan represents family togetherness because of its Chinese pronunciation that resembles “togetherness” and “reunion”.

In Mandarin, longevity noodles are called 长寿面 (chángshòu miàn) which represents long life. Undoubtedly, it symbolizes a wish for longevity. Besides that, the length of the noodles are also extremely long, symbolic of the life to whoever is eating this heartwarming bowl of noodles!

During Chinese New Year, a whole chicken is usually prepared and served to represent family togetherness. According to Chinese traditions, chicken represents rebirth during the New Year. In addition, Chicken’s feet are often reserved for the breadwinners of the family to help them “grasp” onto more wealth!

What are Chinese New Year without Mandarin Oranges and Pomelo fruit? Did you know what these fortune fruits symbolize? Well, eating or simply displaying round fruits like tangerines, oranges and pomelos are believed to bring good luck, fortune, and continuous prosperity. Therefore, the more you eat, the more wealth it will bring!

8 Lucky Foods To Eat During Chinese New Year To Have A Heng Ong Huat 2020!

This is the ultimate guide to your reunion dinner this Chinese New Year Eve, make sure to check each and every one off your checklist! Last but not least, happy Lunar New Year and HUAT AH!

Read More: 10 Chinese New Year Snacks To Feast On During The Festive Season!