Ah, yes. Ondeh Ondeh, coconut-covered mochi cake balls we all know and love. Bite into one and the soft, chewy rice skin bursts, oozing syrupy gula melaka that fills your mouth with sticky, sugary goodness. Swallow and the grated coconut rasps satisfyingly against your tongue…

All right, Ondeh Ondeh cakes aren’t a completely new thing. We don’t know who the first person who thought “Ondeh Ondeh, but make it cake” was, we just know we want to shake their hand. But you know what we do know? One of the best places in Singapore to try Ondeh Ondeh cake.

Located in a quiet corner of Haji Lane, Julie Bakes’ shopfront makes it look like any other bakery in the area. You’d never guess that their ondeh-ondeh cake is one of the most popular in Singapore, with satisfied customers returning for more each time they leave.

Julie Bakes does all sorts of bakes, including cookies and cupcakes, but they’re known best for their Western spin on this traditionally South-East Asian kueh.

The exterior of the cake looks exactly like you’d expect something called an Ondeh Ondeh cake to look like: an even cotton-candy pastel-green all over. It’s dusted over with grated coconut, and looks wonderfully soft and fluffy, like it would melt in your mouth!

Cut it open, and your expectations are not disappointed. Slicing into the cake reveals a deeper green interior, a display of pandan chiffon layered with luscious, light cream and gula melaka coconut.

The cake layers themselves are light and fluffy, not too heavy at all. The cream and gula melaka provide a delicious, mellow coconut sweetness that isn’t overly sugary or rich, and the flavours in the cake balance each other out so well, you could have multiple slices of it without ever feeling sick of it.

Don’t believe us? Here’s exactly how good the Ondeh Ondeh cake is: it’s so popular that people have even requested it as a wedding cake!

That is to say that when all’s said and done, we’d willingly return for another slice of Ondeh Ondeh cake. And we’d definitely drop by if we were in the area.

Other Cakes to Check Out

Of course, the Ondeh Ondeh cake isn’t the only baked delight you can expect to find at Julie Bakes. Check out their Chocolate Mint cake, mint creaminess that cuts the richer chocolate so that it never gets too jelak to eat. Or try their Cempedak cake, which features one of our favourite tropical fruits!

Some of the other confectionery creations they’ve featured on their Instagram page include this Maple Berry Pancake Slice Cake, which looks perfect for – literally any occasion, honestly – as well as this Ovalmaltine Cheese Cake. 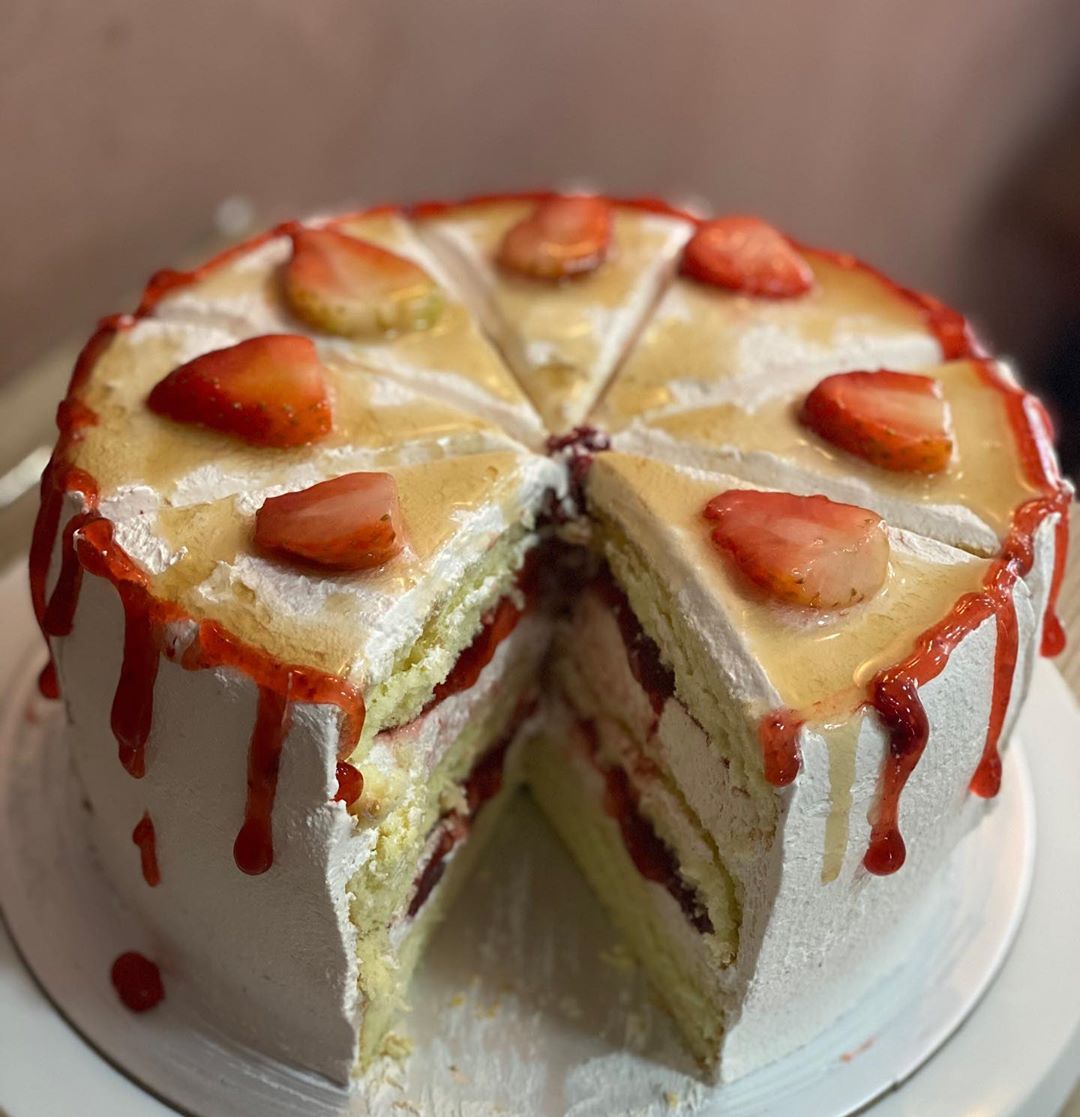 Other Options That Aren’t (Strictly) Cake

If you’re feeling like something else other than cake, Julie Bakes also does a range of cupcakes! Their selection seems to change from day to day, though, so what flavours you get to pick from depends on when you go there. Some of the choices they offer include Red Velvet, Salted Caramel, and yes, Ondeh Ondeh.

You can sometimes order traditional kueh (yes, again including Ondeh Ondeh) at the store, too. Churros and cookies are also on the menu.

And if you’re not in the mood for something sweet, they also do epok epok!

Oh, and you know what the best part is? That Julie Bakes is Halal! The store is Muslim-owned too, so Muslim friends, head on down for amazing cake and kueh!

Well, there you have it, folks. One of the best Ondeh Ondeh Cake in Singapore, and tons of other amazing options to satisfy your sweet tooth. If you’re ever at Haji Lane, won’t you go down and give Julie Bakes a visit?

Read: This S’pore Family Sells 58 Different Flavours of Ice Pops From $1.50 Each During the Circuit Breaker