For those who don’t know what Mazesoba is, it is basically dry Japanese ramen topped with sauce and other ingredients! “Maze” in Japanese means to mix, and “soba” means noodles. This dish is very popular in both Japan and Korea!

Kanda Soba‘s Mazesoba is made with 62 ingredients, so it definitely won’t lack in richness of taste! The Korean chefs improvised and created their own version of the dish after learning the how to make the dish in Tokyo, Japan. Kanda Soba already has 5 outlets in Korea, and recently expanded to Singapore!

You “Maze” Check This Out! 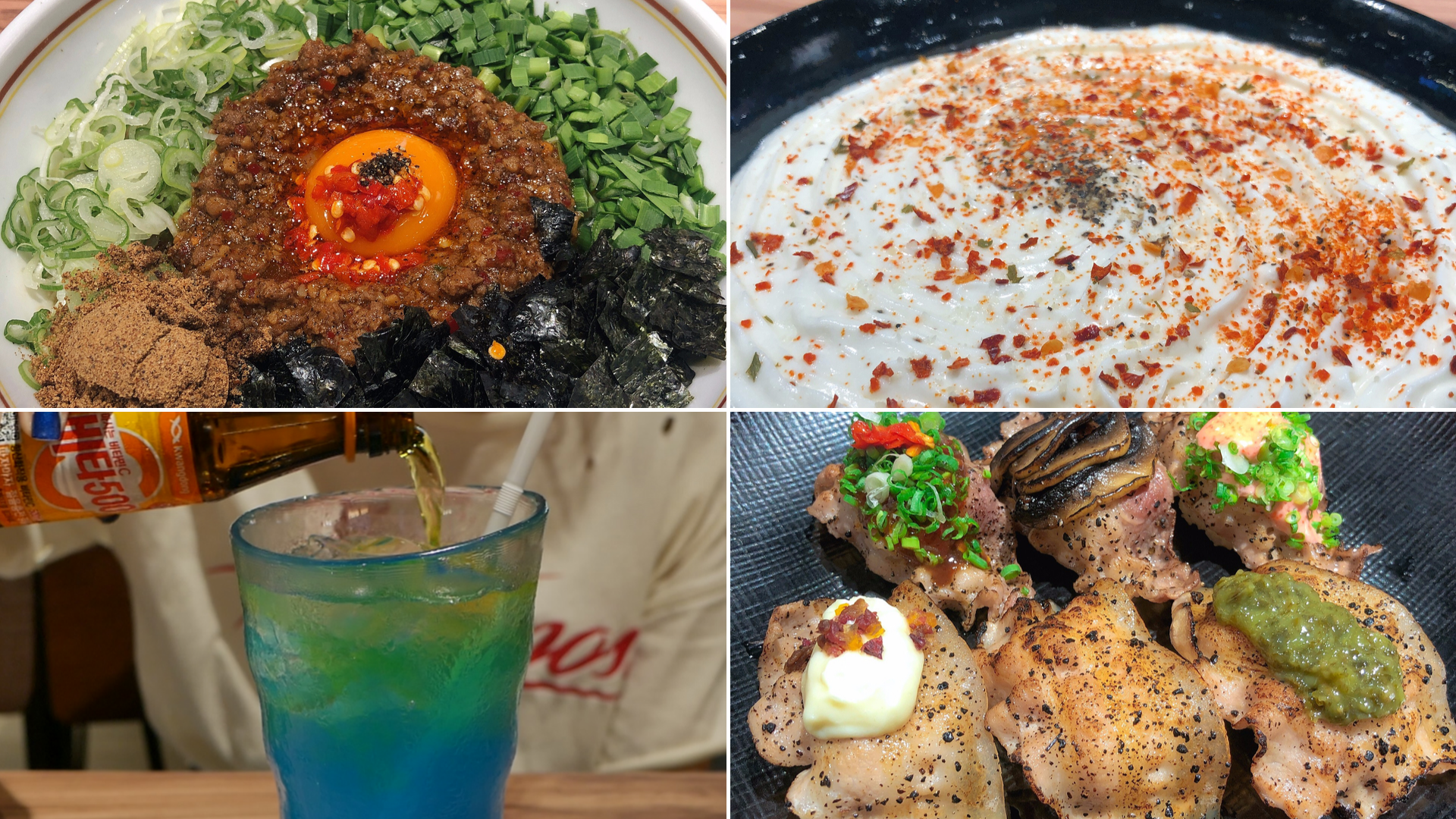 The Original Bowl ($12) comes with a generous serving of springy noodles, special meat sauce, various types of garnish and more! You can opt for additional toppings such as Chasu and Ramen Eggs which in our opinion, really complete the dish. When mixed up, this bowl of Mazesoba delivers a strong umami flavour that lovers of peppery dishes are sure to love!

If you want to take it up a notch, try Kanda Soba’s Spicy Mazesoba ($12.80) which is accompanied by the same mouth-watering ingredients but is sure to ignite a fire in your tastebuds! Eat with caution, because you’ll be left wanting more!

You can add vinegar to the Mazesoba when you’re left with a third or half of the noodles to enhance the taste!

You’ll be surprised to find noodles under this layer of spicy potato & coconut cream ($14.80)! However, be sure not to mix the noodles and cream! It tastes best when you directly take the noodles out, allowing the cream to lightly coat the noodles. Don’t worry about this dish being too thick or heavy; despite the cream, it is surprisingly very light and tasty!

They have a non-spicy cream option as well for those who prefer a milder taste ($14).

You would not want to miss Kanda Soba’s succulent meat sushi (available in beef and pork) as well! Flavours include Mentaiko, Mushroom, Basil Pesto, Spicy, Cream Cheese and Original Herb Salt. With the perfect meat to rice ratio, you’re sure to want a second plate!

For only $12, you get to try the Original Mazesoba, 2 pieces of Meat Sushi of your choice and Soup! Sounds like a smashing good deal to us!

After all that talk about savoury food, you would probably want something to wash everything down. This Hulk Power Drink ($4.50) is initially blue, but will change colours once you pour the vitamin C bottle in! Kanda Soba’s chefs used to have this drink during summer in Korea for nutrition, and also to quench their thirst! Its taste is reminiscent of an energy drink, which is the perfect drink to power up with!

Good news for fans of Kanda Soba! You can collect stamps and eventually redeem free items from their menu like their Hulk Power Drink, Meat Sushi and even a bowl of Mazesoba!

Kanda Soba: One of the Best Soba to be found in Singapore

Conveniently located at Clarke Quay Central, Kanda Soba offers flavourful, quality food at affordable prices! If you haven’t had Mazesoba yet, what are you waiting for? Although they specialise in Mazesoba, remember to check out their other menu items as well because they’re equally delicious!

Read More: Patbingsoo Korean Dining House: Hop On The Korean Train And Get A Taste Of Both The Sweet And Savoury